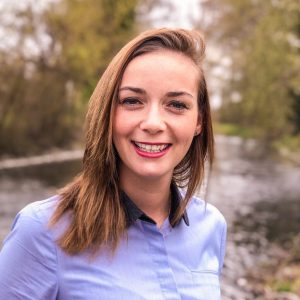 My childhood was not exactly easy as far as my time at school was concerned. Very often, I had the feeling of not being able to communicate, of being afraid of saying the wrong thing or being laughed at. In addition I linked love and security with recognition through good grades.

For my mother Annemarie this was also a very difficult and intense time. She struggled with psychological problems we had no idea about. In 2004/5 things got progressively worse for her. It was a shock, because she was able to seamlessly hide her mood and her suffering. I was 16 years old when we lost her. Annemarie was an incredibly strong and admirable woman. She had a gift to intrigue people, to make them dream or laugh like nobody else. She always saw the best in a person – just not in herself.

In my 20s, the following questions increasingly occupied me: Who am I? What do I want to achieve in my life?
I was deeply involved in my private and professional development. I blossomed again at one point and started to sort out the shards piece by piece together and understood what was going on with me at that time and how I imagined my future to be like. I have been confronted with things nobody deserves to, but without them I would never have discovered the bright side of life. In order to experience something, it often requires having overcome the opposite.

Any cookies that may not be particularly necessary for the website to function and is used specifically to collect user personal data via analytics, ads, other embedded contents are termed as non-necessary cookies. It is mandatory to procure user consent prior to running these cookies on your website.